The Sunday Air Show was preceded by a spotters day on Saturday, where spotters and photographers got a chance to get a closer look at the different areas of the base and see some of the rehearsals performed on Saturday. The only let-down was the fact that the spotters day was over before all the rehearsals were done, so there were some good photo opportunities lost there. A some what disorganized ending of the spotters day also lessened the experience of what could have been a very good day.

The show it self were packed with displays from good old "tail draggers" to Jets both large and small. Besides planes from the Danish Air Force, Navy and representatives of Danish Special Forces, there were German Eurofighter, Swedish JAS 39 Gripen, Finnish F/A-18 Hornet, American F/A-18 Super Hornet and last but not least, the Red Arrows.

This being the main Air Show in Denmark, and admission was free, there were over 100 000 spectators there, so getting out of the grounds took a while. If you plan on visiting this Air Show next time around, expect that it will take a while to get out of there.

On a whole, this was one of the better Air Shows in 2014 and I strongly recommend a visit next time around. This event is a bi-annual Air Show, so next Danish Air Show will be held in 2016 at the Skrydstrup Air Base in Denmark. 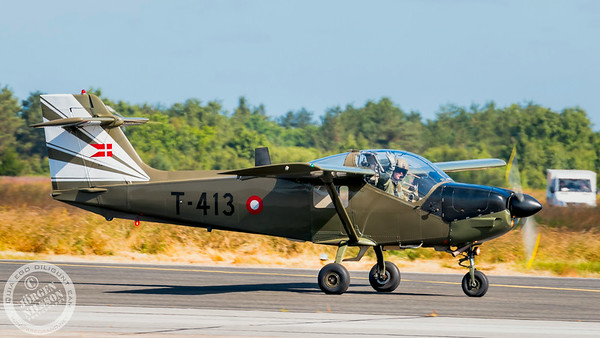