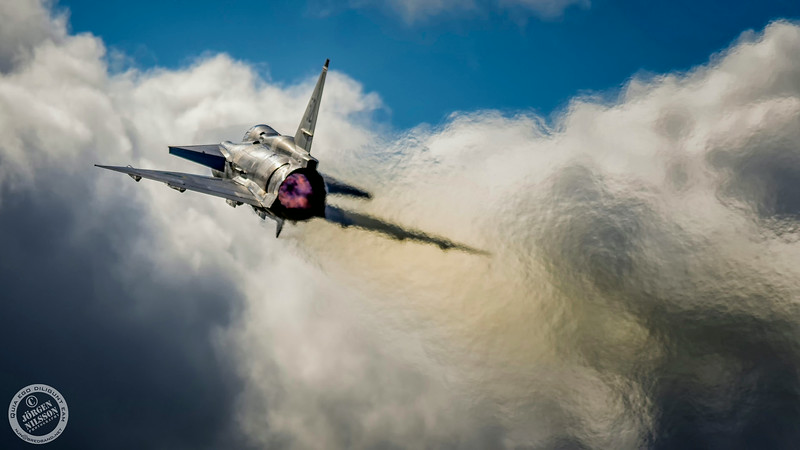 The bi-annual Danish Air Show is the main event for the Danish Air Force and this year, they had put together a mix of airplanes, from older propeller planes to modern fighters. From a photographers point of view, the most exciting participant was the Ukraine Su-27 Flanker, a plane not often seen in Scandinavia.

Just like last time, in 2014, a spotters day was held the day before the air show, where 200 people were shown around the air base and take pictures. The Danish organizers do this very well, but the 200 tickets we all taken in less than a few hours, so an increase in number of spotter tickets is recommended for next time.

Unfortunately, the weather was not all that good, with gray sky and strong winds, , making photography difficult.

As previously mentioned, the high-light of the air show was the Ukraine Su-27 Flanker, but there were other acts, that were good and not often seen in Scandinavia. The Turkish Air Force display team Turkish Stars and the Spanish Air Force Team Aguila performed but had do do their low level programs, a formation with a Danish Air Force F-16 and a Supermarine Spitfire MkXVI represented the historical aspect of the Danish Air Force from the past til present.

An other, for me, new airplane was the Commonwealth CA-12 Boomerang, a one-seater WWII fighter with its roots in Australia.

The Swedish Air Force Historical Flight brought there SAAB Sk35C Draken, a plane that the Danish Air Force flew form many years. There were many Danish retired air force personnel at the air show who truly enjoyed  seeing the Draken again, after many years.

All in all, the Danish Air Show is a event well worth the visit, with good organization and a great mix of air planes.